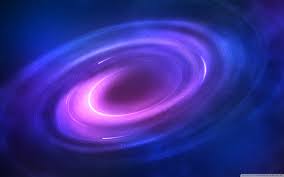 A vortex is a spiralling flow of energy that creates a gravitational field. On our planet, water naturally forms vortexes (or vortices). The Earth’s magnetic field polarises water when it is in a natural flow, and the vortex amplifies this polarised state.

In the science of chemistry, water is considered inorganic and inert. Although it is understood that the human body is composed predominantly of water (99% of  molecules and 70% of the volume is water), it is considered as the carrier or medium for cell nutrition, and the compounds suspended or dissolved in the water are the more direct players.

Research is gradually revealing that  the change that takes place when water begins to freeze involves its electromagnetic field. Hydrogen ions are positive and the oxygen is negative, and the expansion of water in a decreasing temperature state involves an increase to the electrical charge within the water. Essentially a polarisation occurs.

In nature, the ionic polarisation within water does not occur in isolation, as water is embedded within the ionosphere, the biosphere, and the wider magnetosphere. Clouds regularly discharge vast electrical forces as lightening. This occurs because the cloud and the earths surface become polarised. The surface of the ocean also develops a positive electrical charge in relation to the lower strata and in relation with the atmosphere.

The Earths magnetic field is constantly influencing water. A flowing river is a mesmeric dance of energy. The water bubbles and swirls, and when it drops, due to rock formations on the river bed, it forms natural vortexes. In a vortex, water spirals downwards, and the direction of flow is compelled by the Earth’s electromagnetic field. Vortexing water spirals in a clockwise direction in the northern hemisphere, and in an anti-clockwise direction in the southern hemisphere.

The behaviour of water in nature is dynamic, and fully engaged in the homeostatic self-regulating behaviour of Gaia-Earth. The mechanisms for compelling water into this magnificent and majestic planetary immune system are many and complex, and clearly include electro-magnetism as well as chemistry and biology.

In the most recent research into water, a fourth state has been recognised, where the ionic charge within the water is increased. This has been named as a plasma state of water, and one of the properties of plasma water is that it is more energised than liquid water. When water is flowing it naturally moves in and out of the plasma state. The waves on the ocean are in a plasma state, as is vortexing water. The plasma state of water is more electically charged, and it is therefore in a higher state of energy than non-plasma water. One intriguing question that arises is where does this increase in energy come from? The answer to this is possibly a key to unlocking a door to the great mystery of life iteslf. Current research is indicating that the infa-red energy in sunlight can transmit into cellular chemistry, possibly by adding energy to plasma water.

In Alchemy, there is one dominant principal, neatly explained by the phrase: As above, so it is below. In short, the microcosm and the macrocosm follow the same laws. A swirling galaxy, too great to comprehend by the human mind, is a vortex on another scale. It too is a spiralling flow of energy, creating a gravitational field. At its very centre, where the gravitation is greatest, matter is compressed and returned to pure energy. In this sense, a galactic centre is recycling matter, and constantly renewing itself. This vision gives us a glimpse of the power of the vortex, as part of the Earth’s process of self-regeneration and renewal.