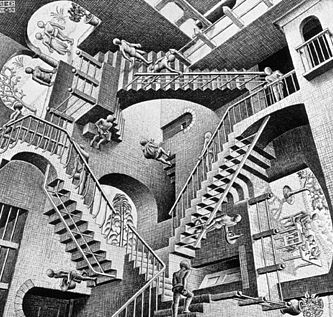 Please step into the waiting room, said the disembodied voice in a neutral tone. The door slid open, and Robert and Kate walked through it. The waiting area had synthetic leather sofas, and images of nature projected on to the walls. Please sit down. Your case is now being processed. You will receive attention in nine minutes, and fourteen seconds.

Kate sat close to her father and squeezed his hand. She had just had her fourth birthday, and this was her first visit to the installation. Robert smiled at her. He wanted to reassure her that it was all fine, and that there was nothing to worry about, but no words came; only a limp smile. He remembered his own first time. He had been terrified. But that was in the early days of genetic reprogramming, when there were still errors, and collateral damage. Robert’s brother John was a good example. The repro totally removed his identity, and his development stopped at that point, and he was not the only one. In Robert’s home district, there were hundreds of retros – as they were known. The one’s with the most severe problems were eventually housed in life maintenance units. The government explained that these were the necessary costs for creating a healthy community in the future, and that those who were afflicted, like John, were brave soldiers who would have eventually died anyway, and that the reprogramming had merely exposed their genetic weakness. Robert remembered the moment when he witnessed his brother disappear forever. “But that couldn’t happen to Kate, now the repro techniques have improved so much.” He mused. “And the benefits far outweigh the risks. The government would never offer a full genetic reprogramming package to every child in the whole population without doing a proper risk evaluation. They must have done the science. They know it works. So why am I feeling this nagging worry in my gut?”

Your case is being evaluated. You will receive attention in four minutes and twenty four seconds.

“Daddy, do I have to have the repro?” Kate asked with tears welling up in her eyes. “I’m scared.” Robert squeezed her little hand. “Don’t worry Kate, it is just like when you had the preliminaries. You were fine then, and you will be fine now.” He wanted to reassure himself. But he remembered that night when Kate was given her immune-enhancement dose, known as the preliminaries. She gave the classic signs of adverse response, sleeplessness, shrieking, and restlessness, which continued for weeks, perhaps months. But when the installation managers ran a screening, they proclaimed that she was fit for the reprogramming. And now, here it was.

You will receive attention in one minute and eleven seconds. Genetic reprogramming is the pinnacle of modern medicine. Through these advances we are eradicating diseases and improve the health of all of humanity. The procedure will take only twenty seconds. Please step forward in……fifteen seconds.

The transparent door slid open silently. Step forward now. Robert and Kate move towards the open door. On the other side was the genetic reprogramming station. Robert tried to placate his racing heart: “It will be fine. It is for the good of the whole community. No societal system, or government, would put its own children through unnecessary affliction, would they?” The door slides silently shut behind them.